What topics do we cover? Since mid-July, here’s a list with a brief description.
(See https://oneearthjubilee.com/jubilee-blog/)

The Mass and Holy Communion: Personal Salvation or Earth’s Sacrament of Life
Takes this millennia-old sacrament and shows how its meaning needs to break through notions of personal salvation to recognize that it belongs to all species of Earth, not only humans.

Crucifixions Today: Who’s on the Cross?
Jesus, murdered by the powerful (religious and political) of his day is an icon for the murder of species by the very same powers of today.

Collapse Underway! What Does That Mean to You?
Speaking truth about the chaos and crises of today means that the word “collapse,” long avoided, is now accurate, necessary, and helpful.

The Collapse of Civilization Created by Egos
The civilization that has held and shaped life for the majority is today exposed to rely on shaking Multiearth pillars. Its systems use more than the planet’s capacities. Shaped by human egos, as this civilization collapses, the deeper, spiritual identity of humans is shaping OneEarth living.

David Delgado posts news to the Facebook page for fans of the Dan Swanson Cultural Center. Recently he posted a brief description of the Tosapan Kali cooperative.

The San Mateo Jubilee Circle has made multiple visits to this cooperative, including going there with U.S. participants on a past JEM trip to San Mateo. This cooperative inspires the Jubilee Circle through their radical commitment to a local economy and alternative ways that work for Indigenous people of the Mexican state of Puebla. This Fanpage (click here to read) gives important updates on what our colleagues in the Cultural Center Dan Swanson are doing. Also, on what inspires them. The page is in Spanish, designed especially for the Mexican audience. But don’t despair if you speak or read only English. Just scroll to the bottom of this interesting post and you can read an English translation! It’s another way our Mexican sisters and brothers think inclusively for all of us.

Na’Xojobal, part of the Jubileo Círculo Chiapas, is a ministry headed by Gloria Gonzalez. Recently, she sent us the testimony of Elizabeth, a migrant woman from Honduras, who has been a beneficiary of the Jubilee Circle’s Community Savings Bank program. This “bank program” has been organized for 14 months and now consists of 4 groups, mostly women. For all who can understand Spanish, Elizabeth tells her story in a six-minute video which you can watch here.

Gloria Gonzalez is an energetic, capable woman who leads women in many skills which increase their self-empowerment abilities. She teaches Bible to groups of women, putting to work her theological training.

It’s Kinda Early to Think about Christmas. But Here’s an Exception and It Connects the Birth Stories to Current Ecological Breakdown

You need to get this book well before the Christmas season in order for it to be part of your season in 2022 and years following. You may also want to give a copy to a pastor or teacher in religious education. And how is this book different?

The birth of Jesus as told in the gospels is not the same story as the “Christmas story” in holiday celebrations? No, and this book explains why. They exist in two different worldviews. The gospels thrive in the creation worldview, but the Christmas story was born in empire’s worldview.

Understanding the distinction is more important than ever given that we have only until 2030 to make major changes in how we live on our planet. That’s the year which scientists tell us is our deadline to keep earth’s temperature from heating up more than 1.5° Centigrade. 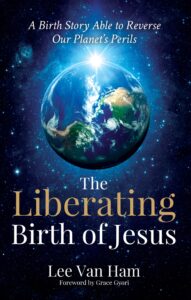 Anything greater will bring havoc far beyond what we’re already experiencing and end life for many people and species.

But just how does the birth of Jesus relate to this daunting challenge? The conventional “Christmas story,” though many of its traditions are dear to us, is too anemic to effect changes we must make in the ecological and political realms. In fact, traditional Christmas will only add to overloading our planet’s capacities. But the birth story in the gospels explodes with powers of deep change. There we read about radical genealogy, dreams that carry divine messages for major life decisions, a cosmology that dwarfs the forces of history and superpowers, an economics of redistribution, and a somewhat wild Spirit that breaks out of the ways of temples, of religion that justifies injustice and imperialism, and of social habits accepted as normal. The birth story powers generate the nonviolent revolution of a new creation.

Because Matthew and Luke were writing 90 years after the birth in Bethlehem, they’d seen how the followers of the Way of Jesus shaped communities that put the new creation into action. Not only had they seen these communities, they were part of them. People there understood themselves to be “called out” (ekklesia in Greek, from which the word “church” derives) of superpowers, of temple religion, and of any social norms in which it was okay for men to repress women, mistreat slaves, or accumulate wealth.

Out of these experiences of the “called out” followers of the Way of Jesus, Matthew and Luke wrote gospels which beg us to use words like “transforming,” “radical,” and “revolutionary.” That’s why we cannot settle for the “Christmas story.” Our planet is in peril! We need the birth story that connects us to the new creation Matthew and Luke tell us about.

Read this book! Discuss it! Live it! Doing so is more urgent than getting something for everyone under the tree.

The book is available through Barnes and Noble, Powell’s, and a few others if you’d like to avoid buying it on Amazon (as I do), but it’s available there too as a print copy or ebook. Also, to the first five people who ask, the author will happily send you a free copy. Make it a part of your reading leading up to December 25. Make your request to lee@jubilee-economics.org.

Also, for reviews of the book, click here and then scroll down.

2nd Jubilee Forum Delved into the Collapse That Is Underway
Spoiler: Collapse is not doom and gloom, but a way to go forward.

Take a deep breath and say it: Collapse is underway. That’s not the way we want to talk. We are solution people! But Earth has become impatient with us after a couple millennia of human “improvements” on her ways. Earth’s wisdom continues to be ignored. Instead of seeking guidance from all Earth’s species on how to live abundantly, humans have put their faith in human egos for wisdom. And now that has taken us into collapse. The resulting loss of life and property leaves us with grieving hearts after every hurricane, wildfire, and drought.

But the Jubilee Forums are not doom and gloom laments. Far from it! In the October Forum we dared to look at how “collapse” can be a framework of current reality that helps us see more resilient and reverent paths forward. 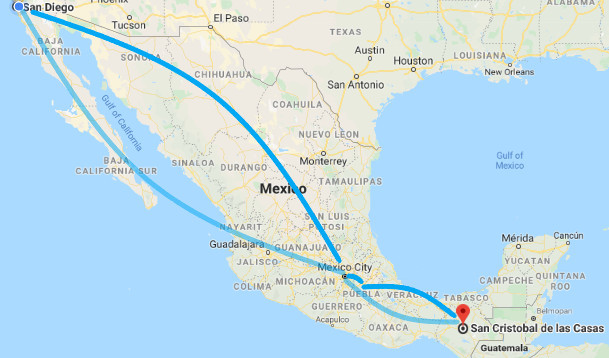 People are traveling again. Would you like to join JEM on a trip for a first-hand experience with OneEarth colleagues outside of Puebla, Mexico, and in Las Casas San Cristobal in the state of Chiapas? Let us know of your interest in a 2023 trip.

Newsletters can’t convey what you’ll experience in a first-hand visit. Your inquiry is not a commitment to the trip, only that you would have interest if things work out.

Can you help us find some people for projects in this OneEarth ministry?

We would like to bring new people into the important conversations of OneEarth living.
We are looking for someone who can help develop and oversee a youth writing contest on themes of OneEarth ways.

Is Jubilee Even in the Bible?

Recently, someone said they’d looked for the word “jubilee” in a recent version of the Bible, but it isn’t mentioned.

There are two reasons for this.

Considering a Donation? The Jubilee bank balance is running low. Your donation will deliver a big impact for whatever you can invest.