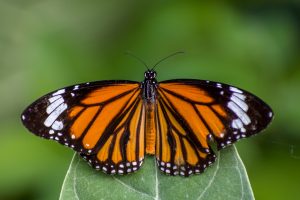 Just imagine: religious icons with animals instead of images of humans from church history? That’s exactly what artist Angela Manno does (https://rewilding.org/angela-manno-icons-of-threatened-and-endangered-species/). Her work is presented in the June, 2022, issue of Sojourners magazine. Dramatically, her icons hold images of species that are endangered. I love it. And seeing her art triggered me to move ahead immediately with sharing more widely something that has been brewing inside me for some time: crucifixes that hold endangered species instead of Jesus.

Putting endangered species on the cross is neither sacrilege nor inaccurate. These species are expressions of God’s presence and are being crucified by the powers of empire, corporations, major banks, big pharma, big ag, and consenting religion. Just like Rome’s imperial powers and the Jewish Temple elite collaborated to crucify Jesus because he got in their way, so today’s endangered species are in the way of making money and holding power. Imperial powers today do not even think of the possibility that the species being displaced are expressions of God. Any notion that these creatures deserve our reverence would surely slow the invasion of their habitats for profits and the scarce minerals we need for our cell phones. But such consciousness is far removed from powers driven by more, more, more. So it is that that the species die the slow, harsh death of crucifixion, dying for our systemic sins.

So enmeshed are we in the systems of power and profits that even when we see it and want out, it’s nearly impossible to do so. It isn’t just luxuries of travel or expensive lifestyles that we can choose to avoid. No, the very needs of life—water, air, healthy food, basic rights for all—even for these it has become all but impossible to avoid the systems through which we procure them. And so, we, resisting as fully as we can, live among the executioners, trying to wrestle free from their systems.

These systems that serve so well the ones with the most power and wealth have become the systems of death for the majority of life. They are built on the conviction that humans are above and outside of nature. But this delusion of separation from nature and that we are better than she, allows these ill-conceived, evil systems to detach from the pain and death they inflict on the life of the natural world. Only when we view these systems from a different paradigm can we break through to know the pain.

We need symbols, not just words or statistics to penetrate this evil. The cross can be such a symbol if we don’t leave it in the first-century history of the Roman Empire. Contemporary crucifixions are happening at an alarming rate and need the cross to help startle us into a different consciousness about the significance of the cross today.

The most important reason for putting endangered species on the crosses that hang in religious sanctuaries, homes, and shrines is that it reconnects the cross to creation. It’s creation spirituality and it’s the spirituality of the OneEarth Jubilee worldview. Connecting the cross with what’s happening to endangered species is a life-saving, planet-saving connection. But that power for life is lost if we are not able to bring this symbol of the past into the present. This cross can turn us from the brink of our own extinction—a redemptive moment whenever it happens.

Crucifixes with only Jesus have so far failed to interrupt the support of congregations, willingly or not, for MultiEarth devastations. The crucifix has been coopted and neutered by those powers who want only a suffering Jesus, not the one who lived a revolutionary life. That, however, does not mean we abandon the cross. No. The path of our salvation includes the power of the cross with animals, not only crosses with Jesus. And, in particular, the endangered animals who are quite obviously and terribly dying for our sins.

Photo by Sonika Agarwal on Unsplash