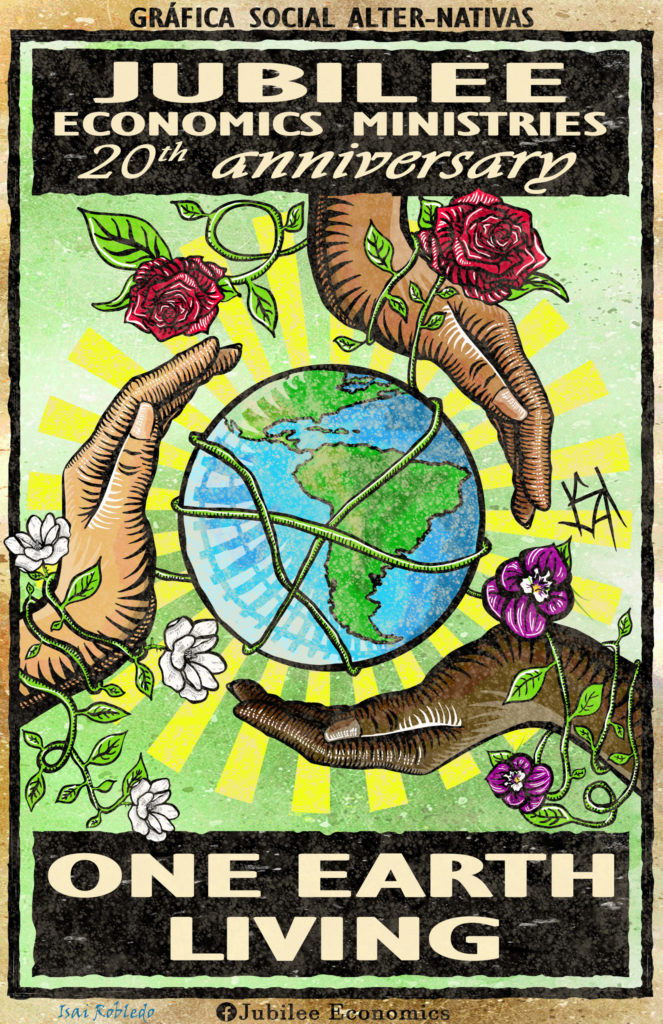 Early January invites reflection on the year past as well as projections for what we’d like for the year ahead. In this issue of Jubileo, we review just a sample of Jubilee activities in 2020 taken from the Annual Report. Before we do, step back with us to 2015 when Jubilee Economics Ministries became bi-national.

2015—JEM ventured into (1) work with a couple of missionaries in Mexico, and (2) merged with Casa Jubileo in San Mateo, Puebla, Mexico. From then on we all came under the Jubilee umbrella. (3) The San Diego office, in addition to the ministries pursued, agreed to handle donations and to honor all donors who gave with the preference that their donation be used in Mexico for the ministry of Jubilee there.

2016—The bi-national “experiment” begun in 2015 was confirmed in its viability and quality. But, then, SHOCK! December 28, 2016, co-director for Mexico, Dan Swanson, suddenly died of a heart attack at age 58, leaving his wife, Angelica, and son, Jacob. We wondered, “Would the new bi-national, bi-lingual, multicultural ministry continue without him?”
2017—The Jubilee people in Mexico gave a resounding “YES!” to that question throughout the year. Solidarity among the Circles grew, confirmed by redistributions to San Cristobal ministries every month instead of intermittently.
2018—In September, JEM’s first-ever presentation on Jubilee to a seminary was given at Nicanor Gomez Seminary, Toluca, MX, where JEM Advisor Edman Lopez was Dean. It was followed by an Encuentro of our three Circles in San Cristobal, where we had a rich sharing of continuing ministries as well as new directions in Jubilee activities. Redistributions to SC Jubilee Circle increased to $800/month.
2019—A special $10,000 donation through the work of Board president, David Funkhouser, made possible a special redistribution of $5000 each to San Mateo and San Cristobal. The Circles did projects that had been left dangling because the regular redistributions were insufficient to do them. Starting December 1, John Michno joined the JEM staff as Program Coordinator.

The Major Jubilee Stories of 2020, Our 20th Anniversary Year

The story of 2020 has been the coronavirus. But it’s not really possible to separate it from other interconnecting experiences—racism in the systems we live in, changes in the climate that are so drastic that our lives are threatened, an economy that leaves millions on the outside because it has become structured to serve the wealthiest. Our OneEarth Jubilee work steps up in these challenges because Jubilee sees the OneEarth way forward as one of cooperation, sharing, and justice for all of life.

These experiences did not sabotage JEM, but did redirect us in our 20th anniversary year. (Take note of the iconic graphic shown above that Isai Robledo, San Cristobal Jubilee Circle, drew for our anniversary.) We approached the year with plans to build toward a stronger JEM in all three Circles by the end of 2020. Month by month we adjusted as the Covid pandemic required, but still, our Circles have become stronger in resolve and resources. All three Circles have continued to shape ministries to express an economy not measured by growth but by the wellbeing of people and creation. We were even able to offer some emergency relief to people in San Mateo and San Cristobal who were hit hard by economic loss and illness because of the pandemic.

Of special note during our anniversary year, a OneEarth Jubilee Covenant was created that identified at least eight specific OneEarth Jubilee actions. These help all of us to live more fully in a Jubilee way. People were invited to sign it in the July newsletter and, in an ongoing way, on the website. The Covenant actions will continue to be re-presented throughout 2021.

Throughout 2020, Lee Van Ham and John Michno worked together closely in preparation for John to become JEM’s director effective January 1, 2021. At the end of JEM’s 20th year, the Board accepted Lee Van Ham’s request to step aside as director. They also affirmed his desire to continue on the Board and to be active in JEM in cooperation with the new director. Lee will continue in Jubilee work through the Circle and its ministries. Other leadership development continues as a goal with an eye toward the younger generation and people of color.

Our first episode speaks to a rich-poor divide that has grown to where it is dangerous to democracies everywhere. Grace Dyrness speaks to this issue via the topic: Planning Economic Revitalization WITH Poor People instead of FOR Them. 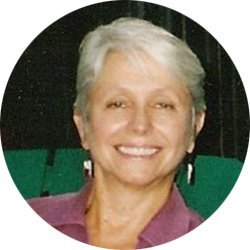 Grace has been a great advocate for Jubilee in recent years. Lee first met her a decade ago while she was still at the University of Southern California in Los Angeles. Since then, our friendship has grown and she’s visited the Jubilee Circles in San Mateo, Mexico, and San Cristobal, Mexico. She’ll tell us about that in this conversation.

She will also tell us a highly successful way to engage poverty. It’s a topic that makes many people throw up their hands in hopelessness. It’s also true that many nonprofits engage poverty through forms of relief that do not change either the people or their situation. Grace will tell us a different way—one that is also being practiced in the Jubilee Circles in San Mateo and San Cristobal.

Grace is a community development consultant and professor. She has taught at the University of Southern California, Azusa Pacific University, and Fuller Theological Seminary, as well as institutions in the Philippines, Indonesia and Kenya, with a focus on public service in an urban setting, social context of planning, community and transformational development, and sustainable tourism. Her approach has been to use advocacy planning and participatory approaches to engage people in communities in order to envision their own future and chart a path towards it. You will find more information about Grace at the website of HUB: Urban Initiatives — Urban-Initiatives.org.