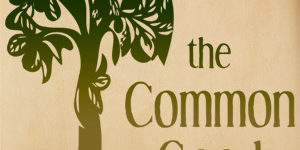 In this episode, banker Pat Trahan speaks about growth economics, the Great Recession of 2008-09, Wall Street, and investing in our neighborhood. His perspective differs from many in the banking world.

Pat tells why his family sold their suburban home in a gated community of Lafayette, Louisiana (city of 127,000) and moved into a mixed neighborhood in the city’s urban sector. As a continual student of what a functional city does, he puts to work the findings of “new urbanism.” After his family moved into an urban neighborhood, and he took his money out of Wall Street, he was able to buy a cluster of homes and create a “pocket neighborhood”—a neighborhood that fosters a sense of human community and makes the neighborhood stronger. Listen, too, to learn where a banker who takes his money out of Wall Street for reasons of conscience, ethics, and spiritual conviction invests it instead. And like so many of us, Pat wonders aloud whether that investment will sustain his household in retirement. These fascinating questions are boldly addressed in this episode.

After our session, Pat wrote to us with the following short postscript to our conversation. “I think Jubilee is the antidote to the growth-for-the-sake-of-growth model where all the lines in all the graphs move only up and to the right. My reading of the Jubilee passages is that the means of production should be redistributed and democratized on occasion. Our system only redistributes some of the fruit of production. Meanwhile, wealth and power become more and more concentrated.”