Just Where Are the Three Current OneEarth Jubilee Circles?

In 2000, a group began a nonprofit, 501(c)3, Jubilee Economics Ministries, inspired to action after reading the book by Ross and Gloria Kinsler, The Biblical Jubilee and the Struggle for Life. That book was shaped by Ross and Gloria’s Latin America experiences, including the question many Latin Americans asked them, “Why is U.S. policy so regressive in Latin America, supporting dictators more often than democracies?” The Kinslers hoped their book would provoke people of faith to find an answer to that question and believed the biblical Jubilee shaped an alternative economy to what the U.S. and other multinational corporations imposed on Latin countries.

Today, Jubilee Economics Ministries continues to embody the Kinsler’s work through Jubilee Circles in (1) San Diego/U.S., (2) San Mateo, Puebla, Mexico, and (3) San Cristobal, Chiapas, Mexico. See the map below. It may be that travel to the circles will be safe later this year. Please travel with us to the Mexican Circles and learn. They’re rich in doing lots with little, and in a devotion fully informed by the economics and social realities of their communities. You’ll be inspired. 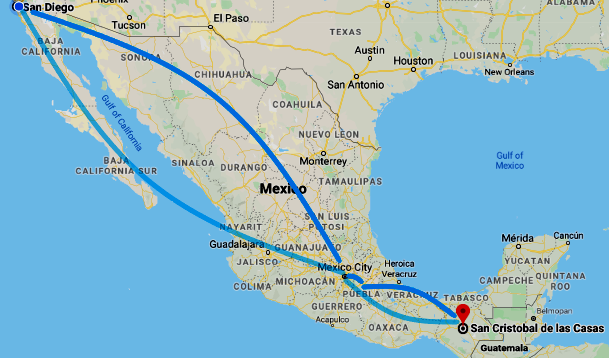 By the way, the Kinsler book is being reissued this summer. We’ll let you know when it will be available after being out of print for quite a while.

Being an Environmental Activist Where It’s Hard to Do

It’s easy to assume that not much good environmental work is happening in states that are fertile ground for the growth of right-wing ways of doing things. But we’d be wrong. And that’s what the June episode of the Simpler OneEarth Living Podcast shows. This podcast is co-hosted by JEM and Simple Living Works. You can listen to the June episode on our website. 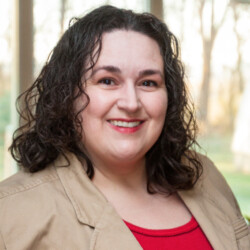 Carrie Radloff is an unassuming, persistent Iowan devoted to environmental health in Siouxland, the area where Iowa, Nebraska, and South Dakota border one another on the Missouri River. She helps us break through a stereotype that not much good can happen in areas dominated by right-wing politicians and corporations for whom the environment is not an integral part of their business model.

Carrie grew up in northwest Iowa on an acreage that has since been certified as a Century Farm. She attended Westmar University in her hometown of Le Mars, and was selected to be a Melton Fellow which allowed her to travel extensively and work with and learn from people from other cultures, including Europe, Africa, China, India, and Chile. In Siouxland, she helped found Loess Hills Wild Ones in 2017. She chairs the Northwest Iowa Group of Sierra Club and serves as its delegate to the Iowa Chapter’s Executive Committee. She’s a current member and former chair of the Sioux City Environmental Advisory Board. Carrie worked for 15 years in higher education; then became a health insurance navigator and a wind energy advocate. Carrie earned a B.A. in International Communication and Mass Communication, an M.A. in Philanthropy and Nonprofit Development. Carrie lives in Sioux City, Iowa, with her husband. 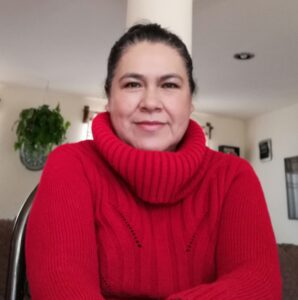 The gathering of the San Diego Jubilee Circle got a huge boost of energy, inspiration, and insight on June 11 when Angelica Juarez de Swanson zoomed in from the San Mateo Jubilee Circle in Puebla, Mexico. It was possible because we were meeting virtually.

We talked about the impact of Covid in San Mateo where It brought devastating grief, frayed relationships, and left some families destitute through loss of work. Angelica, a doctor, was twice infected herself. Now, San Mateo is in a jerky, uneven recovery. All teachers and adults 40 and older have been vaccinated. But some basic needs are still going unmet.

Angelica updated us on the severe water shortages in her area—an issue that is sweeping across the U.S. Southwest as well. She recently took a class on intensive gardening which focused on growing food in the smallest of plots in ways that use far less water. As people hear about it, they want Angelica and the Jubilee Circle to teach them how.

So much of the ministry of the San Mateo Circle happens in and around their Centro Cultural Dan Swanson. This cultural center had to be closed during Covid, but has begun to reopen. In addition to teaching children, holding music and cultural folk dance classes, mentoring, and offering parent education, they hope in the coming months to upgrade their kitchen with a professional-grade oven, stove, and other appliances. The purpose? So they will be able (1) to feed breakfast to children and (2) offer training to women and men on how to prepare quality bakery items. These baked goods will be sold in the town to help create an income stream for a family. Jobs are not plentiful and many jobs pay poorly. This kitchen upgrade will make a difference for children and adults. San Mateo Circle can make the upgrade for $1500—another example of doing a lot with a little.

Finally, we asked Angelica, “Will it be safe to travel to and in Mexico later this year?” She sees the possibility for it, but not the certainty. In the fall, the OneEarth Jubilee Circles intend to gather in a triennial meeting. Will it be in person or virtual? Past Encuentros (the name we call these gatherings) have been hugely beneficial. We learn from one another how we are addressing the issues of our regions by implementing the life-empowering biblical Jubilee. We talk and pray about how to fund these projects in ministry. And we deepen our understanding of the Jubilee worldview and how to teach it to interested others. Whether in person, on a screen, or in some hybrid, we look forward to this Encuentro of Circles.

A Shout Out to Those Who Donate Every Month

Some friends of JEM donate every month, every other month, or annually. Regular donations give so much stability to our income and planning. And with regularity you encourage plans that would otherwise have to hang in suspension as we wait and see. Please give thought to joining others donating regularly.