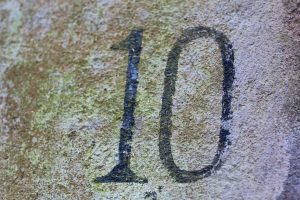 1. When?—Collapse is Now! Processes of systems collapse are already underway. Collapse is not something that is coming in the future as an “end of the world” event. We are living now in the volatile processes in which different systems are collapsing. If we speak of collapse as in the future, we speak deceptively and inaccurately.

2. Naming—Collapse goes by different names. Apocalypse, breakdown, the Great Derangement, climate emergency, biodiversity loss and extinctions, and others. Each emphasizes different parts of the one overall change underway on our planet.

4. We are nature—Anytime we speak as one who is outside or above nature, we expose a basic flaw in our understanding of who we are. What is happening to nature is happening to us and vice versa.

5. Spirituality—Nature is inherently spiritual. It is filled with mystery, awe, wonder, spirit, and life force. The revelations that science continually brings to us show the value of empirical observation and its inexhaustibility. Scientific deductions and rational thought add to our knowledge of what we can know of nature and what we do not and perhaps cannot know.

6. Technological discoveries—Technology cannot save us. Though we expect more technological advances that may help, it always comes with downsides. The optimism that attends technology has not sufficiently faced the dark side of technical “advance.”

7. Progress?—Progress may be an illusion. Advances in civilization appear at this time to have led us into the current morass. Progress is unable to stave off collapse. If “progress” is a useful word, it is not linear. It may be useful to describe development that happens in circular patterns of such things as seasons of the year, the cycle of life and death, and more.

10. Confessional—Speaking from the perspective that confesses our part in the current crises is essential. From a confessional stance we can propose and suggest and inquire about ways forward so Earth can heal.

Photo by Adrian Curiel on Unsplash