There are thousands of churches in the world. But how many shape themselves according to the ways of creation and the worldview of Jubilee? Though they believe that God created all that is, do they even recognize that the worldview practiced in nature’s creational processes differs greatly from the domination-minded worldview practiced by governments, banks, and the industrial food supply? Oddly, few apparently do. Maybe none. I say oddly, because Jesus, whom they profess to follow, shaped his life and ministry according to that worldview (Luke 4:18-21) and called his followers to “come out” (ekklesia) of Rome’s Empire and the Great Temple of his day.

But, so what? We are today, in so many crises. To choose just one: this morning I read that the surge in methane continues. There is now more methane (80 times as potent as CO2) in the atmosphere than at any time in 800,000 years. It triggers anew a fear of scientists that climate change is being fed not only by human activity, but that warming itself is feeding warming—an auto-cycle gravely difficult to break. Maybe even impossible. 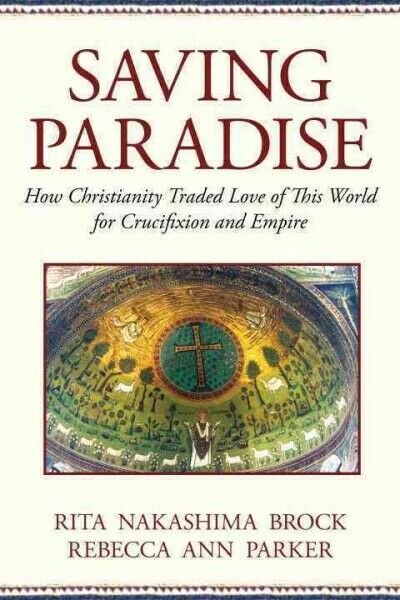 Humans have been disconnected from Earth, from Nature. It’s a terrible wound. Lethal. Churches have not done enough to heal this deadly wound. Jesus’ ways do. He was deeply connected with Earth/Creation. Churches have not been thus for millennia. Few seem poised to help, desperate as the need is. (See Rita Nakashima Brock and Rebecca Parker, Saving Paradise: How Christianity Traded Love for This World for Crucifixion and Empire.

The disconnect happened as the “Church Fathers” (men tended to be the educated ones) interpreted the Way of Jesus. Then, the disconnect was sealed in the 4th century when Christianity became the religion of the Roman Empire under Emperor Constantine. (See Wes Howard-Brook, Empire Baptized: How the Church Embrace What Jesus Rejected.)

In just a few centuries, the powerful, creation-based worldview of Jubilee no longer shaped churches. It was displaced by the worldview of empires/superpowers. Churches show little sign, so far, of discerning this important transgression. Despite many good things religious institutions may accomplish, being closely affiliated with today’s dominating systems prevents them from truly being the radical healing we need across creation. Please churches, in the name of the Creator, heal our disconnect from creation and live the creation-rooted Jubilee like Jesus did. We need you in this hour.