Many people today know we must find a way out of the ecological oppression of Earth through forms of government and economics that continue in the illusion that we can use far more than what our one planet can supply. So thousands of us are bent on realigning with the planet and making nature our standard. It’s quite a process of conversion.

Which leads me to a Greek word “ecclesia,” meaning called out ones. That word has been on my mind a lot lately because I want to be among others who are being called out of superpower illusions, and who, instead, work to shape society and lifestyles in which creation—Earth—is the standard. 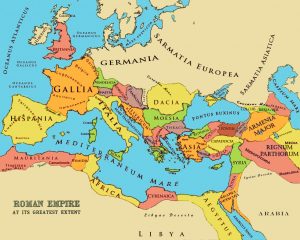 It took a great deal of faith and courage in the first century to believe it was even possible to be liberated from Rome. Jews were repeatedly pummeled in their uprisings against the Roman military. And by 70C.E., Rome’s armies had destroyed Jerusalem and the Great Temple. Yet, Jesus had been convincing enough with his vision of nonviolent alternatives that many did, in fact, put their faith in pursuing those ways. They gathered with others who heard the Sacred Call out of Empire and formed little alternative societies where Jews, Greeks, slaves, slaveholders, men, women—all together shaped ways of finance, governance, and nonviolence that led to life, liberated from Rome while still living inside of the Empire. This is the model for today, to liberate one another from superpower’s blindness that addictively destroys life on the planet. We continue to create ways that mimic creation. Creation is more powerful than superpowers and far more life-generating. Oh to know her ways better and to trust them more completely.

Credit for above image: Aregakn at en.wikipedia. CC BY-SA 3.0