How can the new creation that is the framework for the birth story of Jesus frame our lives today? 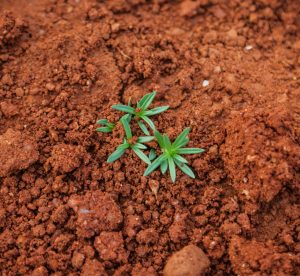 It is the inherent desire of the human soul not to be constricted by ego, but to move into a consciousness able to embrace the enormous diversity in our world— relationships, systems, our planet, and all processes of interconnection throughout creation. Getting there is a spiritual experience—a heroic journey. And many don’t make it. It’s easy to get off course because of money, desperate necessities, or other allurements. All religions of the world teach this consciousness (with various names) and urge us to move into its vast topography. None of us can get there alone. Fortunately, creation herself is an ally. So are others who also yearn for this fuller consciousness of the Spirit who transcends all yet is pointed to along all spiritual paths.

In the 1st century, Paul, the apostle and devoted follower of Jesus, spoke of this journey. From his towering mind and tireless commitment, Paul said strongly, “If a person is in Christ, they are a new creation.” He knew that it took the powers of “in Christ” consciousness to resist the Empire with its ways of oppression and death. It took this Christ consciousness to create alternative communities of people who are called out of Empire. In this new-creation-consciousness they, and we today, are moved to create alternative social structures, alternative economics and ways of governing. This is the way of life in the midst of the superpowers of the 21st century who vie for dominance. In their deadly struggle, biodiversity is lost, human diversity is suppressed, autocrats and CEOs rule, extremes of wealth and poverty spread injustices and corruption. Participating in the new creation joins us with the almighty powers of Earth and cosmos. Superpowers and domination can be resisted as we invest our lives in the evolving new creation.

Photo by paul mocan on Unsplash