When the day of Pentecost had come, they were all together in one place. And suddenly from heaven there came a sound like the rush of a violent wind, and it filled the entire house where they were sitting. Divided tongues, as of fire, appeared among them, and a tongue rested on each of them. All of them were filled with the Holy Spirit and began to speak in other languages, as the Spirit gave them ability. (Acts 2:1-4)

Sitting at an outdoor gathering recently, strong gusts of wind messed with the microphones and blew over a display now and then. Speakers smiled as they spoke of the strong winds.

My mind went to the moment described by Luke in Acts where a mighty wind came upon a culturally, racially, and geographically diverse group who’d come to Jerusalem for Shavuot—a festival of thanksgiving that the harvest was beginning. With harvest time having arrived, they were assured of a new supply of food. 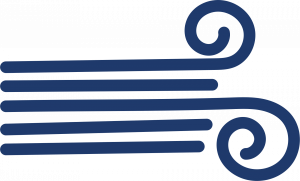 The great, strong wind emphasizes the powers of the cosmos. Luke often emphasizes that the mighty cosmic powers relate to us and give plenty of reason for us to call out to them and open ourselves to them. So mighty were those moments on Shavuot that in the following days systemic changes were initiated by the people there.

That gathered community moved out of the paradigm of empire which had held them down. Especially they were given new languages. What a strong teaching that language holds us, but that new language can free us. Change in the words we use can reveal that we are liberated. Some people today would say “woke.”.

When we speak in the language of empire, oppressed people do not connect with the language. It’s oppressor language. People held down respond quickly, however, to the language of liberators. The Holy Spirit is a liberator. She helps us join in her whole (same root as holy) community. Mighty winds (anything from gusts to tornadoes and hurricanes) continually show that they cannot be tamed by superpowers and empires. So, too, the Holy Spirit blows untamed.

What is she blowing into our reality now? She’s ending fossil fuel energy with wind energy, of course. Ever since creation, the Spirit has  brooded over “the deep.” The brooding continually evolves a new creation. Even so, the empires of coal, oil, and gas dare to emphasize all the shortcomings of wind’s powers. Their paradigm, assuring them of wealth, holds them tightly, not allowing them to even consider other ways of energizing humanity. They show the foolishness of ignoring the cosmic winds that will blow at anytime and with energy and powers that overwhelm them.

We can feel powerless before them and their money if we try to undo them in their paradigm. But if we learn the language of cosmic power, their powers become dwarfs. Let’s watch our language!

Image by Augusto Ordóñez from Pixabay