I’m writing this on, May 1, Labor Day in most countries of the world. It is a day for Workers to act in solidarity against the injustices propagated by the systems in which they labor. These systems continue to talk about economic growth—itself an illusion on a limited planet. But workers are underserved by growth systems. Today the wealth being generated is distributed with such extreme inequality that the wealthy and powerful exploit their Workers. They also manipulate governments to serve only them.

The World Economic Forum has reported that during the pandemic “… net wealth of the top 1 percent richest households rose by nearly 35 percentage points, compared to a modest 5-percentage-point increase for households in the bottom 50 percent.” 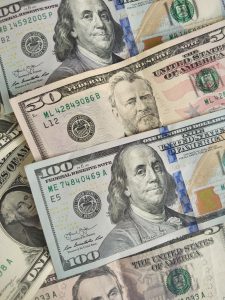 Many people and corporations use their wealth and power to redistribute resources upward, in other words. toward them. They have bought a system that favors Big Oil, Industrial Agriculture, Big Banks, and Big Pharma, favoring them with handouts, bailouts, government contracts, and massive subsidies. Though this is socialism, it isn’t called that except when programs benefit all the people instead of favoring them.

Awareness is growing rapidly among Workers and the populace generally that this redistribution of wealth is not neutral, but that it comes from their pockets. Just as this movement of wealth upward is not called socialism, it isn’t called redistribution either. “Redistribution” is reserved for when wealth is moved downward and outward.

In addition, most of the wealth is held by white people who fight against, not only unions and regulation of business, but against equal rights for all people before the law. They do not want to share any of the power that their ill-begotten wealth gives them. Sharing wealth with people of color, immigrants, and under-educated violates their egocentric insistence that they know best how to run a country.

As historian Heather Cox Richardson wrote in her April 28, 2022, “Letter from an American,” “As wealth moved upward, popular culture championed economic leaders as true heroes, and lawmakers suppressed voting in order to ‘redeem’ American society from ‘socialists’ who wanted to redistribute wealth.”

In OneEarth Jubilee, we stand with the two-thirds world who resist this upward redistribution and socialism. The OneEarth Jubilee alternatives are ancient practices updated for today’s world. Decentralizing or sharing wealth and power is a pillar of OneEarth Jubilee because it is the practice of nature, the source on which all our lives absolutely depend. Redistributions are structured into nature’s ways. They are at the core of the evolutionary processes that give life. Nations that mimic nature in this kind of sharing and cooperation feed the most important growth, that of wellbeing.

The Gospel of Matthew, chapter 25, describes a judgment of all nations. Only nations who care for the least in their society are strong. The rest are judged to be weak, unworthy, and are cast aside. Sharing and cooperation build strength and belonging. Call it redistribution and socialism if you wish, but through these we are all liberated from what is truly oppressing us, both those with not enough and those with more than enough. We are freed to follow the deep desire in our souls to be the full people of God, individually and communally.

In my next blog I will further describe redistribution in the biblical worldview of OneEarth Jubilee.

Photo by Avinash Kumar on Unsplash