When I wrote my first book, I was wrestling with a question that baffled me: Why do we humans continue to live using the resources of more than one planet even when we know we have only one planet to live on? Early on in the writing process, a recognition grew in me that not all humans did live this way. That, in fact, there are two macro-stories that guide human decisions and actions. The one I came to call MultiEarth because it promoted ways of living that are beyond one planet in order to sustain them. The other macro-story I called OneEarth, because the capacities of our planet are sufficient to sustain such living. Depending on which “big story” we humans chose to live by, we have different goals for our lives. We ask different questions. In the OneEarth story, we understand that we are part of nature and aim to live interdependently within her abundance. But in the MultiEarth story, we consider ourselves outside of nature, looking in. We intended to take all we can for advantage and profit, even though we destroy life on our planet. 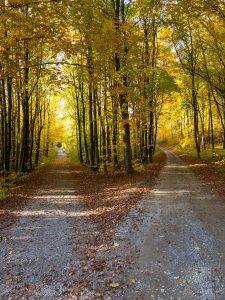 As I wrote, I saw that the question I wanted to answer was also on the minds of many of the Bible’s authors. Some defended creation; others defended empire. About that time I read a book review in the Catholic Worker Agitator (published by the Los Angeles Catholic Worker House). As I read, my eyes popped open wider than they’d been before. Energies rose inside of me and soon my whole body was agitated with excitement. Catholic Worker Jeff Dietrich was reviewing a book by Wes Howard-Brook, Come Out My People!’ God’s Call Out of Empire in the Bible and Beyond. From the first chapter, Howard-Brook shows that the Bible is not one unified story, but two macro-stories. One he names “creation religion;” the other “empire religion.” The names paralleled the ones I was using: OneEarth and MultiEarth.

Though I had been schooled by good seminaries (Princeton and McCormick), and then pastored three congregations over 32 years, I had never before looked at either the Bible or the human events, as best understood as the struggle between MultiEarth (empire religion) and OneEarth (creation religion). This understanding continues to change my life. I’m guessing it might be that helpful and practical to you as well.

Photo by Damian Siodłak on Unsplash